Yesterday was my birthday, which made me think of my song “Middle Child,” released two years ago. It's a live version, recorded at Pianos in NYC during my last pre-pandemic club gig.

When the lyrics first started to form in my mind for this song, I thought, I can’t sing these words. I felt they were too personal and too revealing. My parents are deceased, yet I still wondered if it was okay to publicly look at a different aspect of their experience, kind of a flip side of my song “Blue Lights.”

It was around this time that Kendrick Lamar won the Pulitzer Prize for his album DAMN.—the first time a non-jazz, non-classical recording had received the music prize. Listening to DAMN. gave me the freedom to explore my childhood in my lyrics.

I eventually brought the song to the two musicians who’ve worked live with me for the past several years (though, sadly, not the last two)—Joan Chew and Graig Janssen, who together came up with a stunning arrangement. When we performed it at Pianos, I felt I was taking a scary but exciting journey with them, and also with the audience. If you were at that show (or my birthday/record release party a couple of months later at the Killarney Rose tavern), thank you for “walking on the wire” with me. And if you weren’t, we can still take that journey together through the miracle of recording!

Click here to find the song on the music platform of your choice.

And here's me at six! Enjoy my birth week! 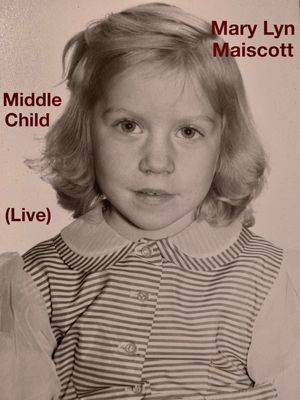